English Translation of Com Kavita Krishnan is Given Below
Tamil Translation Can be Accessed at http://orinam.net/ta/kavita-krishnan-on-violence-against-women-ta/

Protect Women’s Freedom, Not Her Body !

Poster Campaign on Violence Against Women 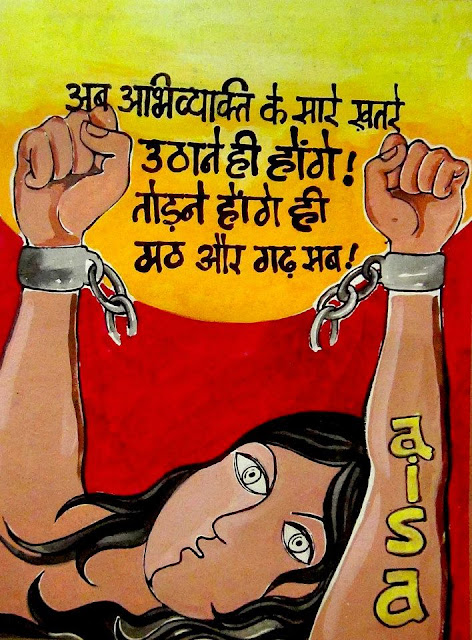