Who is Afraid of Justice Verma Committee Recommendations? 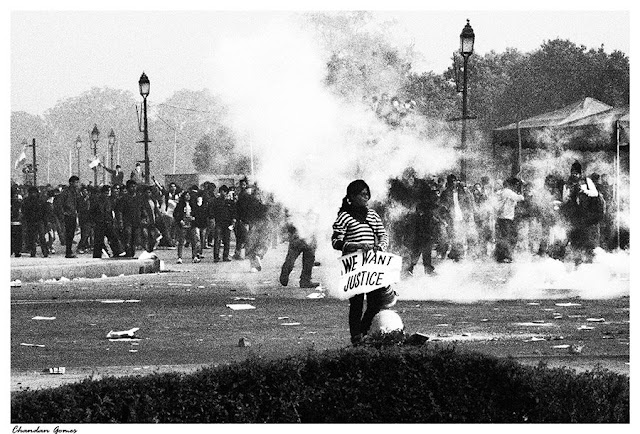 The Justice Verma Committee Report marks a milestone in the struggle for women’s rights in India. The Report is a powerful vindication of the central demands of the ongoing movement against sexual violence, and is also an equally powerful challenge to the Government and the political establishment.

In many ways, the JVC Report has given body and substance to what the protesters on the street were saying. The JVC has done what the Government should, in fact, have done: engaged seriously with activists working in the field as well as survivors of sexual violence, and, in a commendably timely manner, came up with recommendations that reflect their concerns and are truly path-breaking. The protesters raised the slogans of ‘Women want freedom’; the JVC Report is built on the premise that women’s autonomy in all spheres, including sexual autonomy, must be safeguarded by the State. This recognition marks a truly radical break with the prevailing dominant view on women and sexual violence. 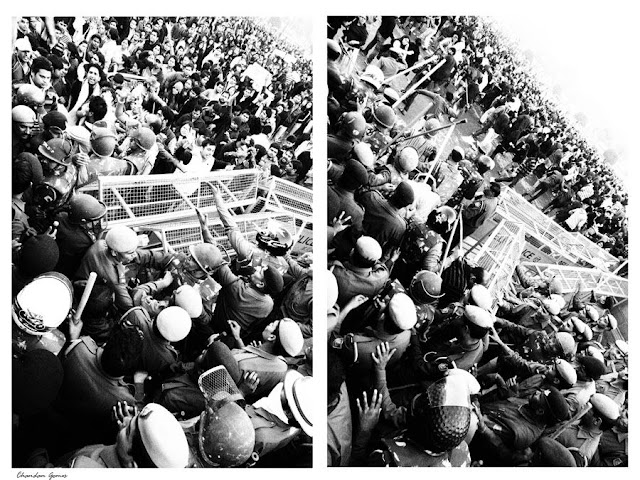 The women protesters on the street raised the slogan ‘My dress is not a Yes’; the JVC Report, in the context of the rape law, radically redefines ‘consent’ by a woman as nothing short of an unequivocal ‘yes’ by word or gesture. Protesters had expressed outrage against those who termed rape survivors as ‘zinda laash’ (walking corpses); the JVC Report clearly states that the State, as well as society, has the duty to dislodge sexual violence from the ‘shame-honour’ paradigm and locate it instead as a crime against women’s bodily integrity and dignity.

The best instance of the JVC Report’s recognition of women’s unqualified autonomy as a person in her own right, is their recommendation that marital rape by included in the purview of the rape law. Marking the first ever break with the colonial legacy as well as traditional patriarchal understanding of a husband’s ‘conjugal right’ over his wife, the JVC Report stresses that a married woman has every right to refuse sexual access to her husband. 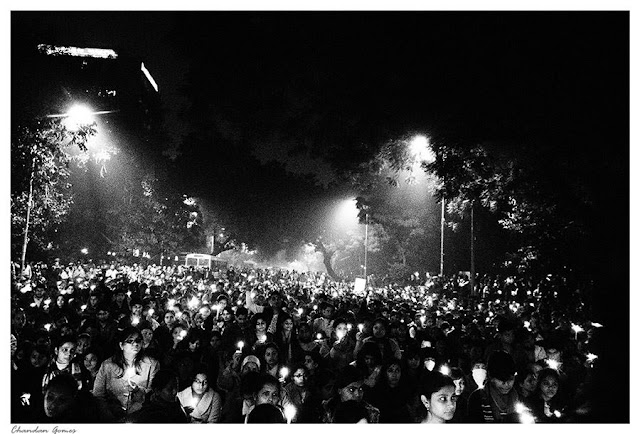 The JVC Report has identified the multiple barriers – in policing, medico-legal systems, judiciary, laws, as well as social support systems - that make justice inaccessible for victims of sexual violence. It uncompromisingly holds the state responsible for failure to protect women, recommending punitive measures for police personnel who fail to register FIRs and otherwise violate a well-defined protocol for registering and investing complaints of sexual violence.

The JVC expands the definition of sexual violence to include a range of crimes such as stalking, stripping/disrobing, voyeurism (watching or filming women in their private moments without their knowledge), acid-throwing, sexual harassment, penetrative sexual assault that includes penetration by parts of a man’s body as well as by objects manipulated by him and gang rapes. While recommending harsher punishments for these crimes, based on the degree of harm/hurt caused, the JVC Report recommends ridding the existing laws of the patriarchal language of ‘insulting/outraging modesty,’ and instead adopting a thoroughly modern vocabulary that describes the crime rather than the character of the victim. The JVC recommends an overhaul of the medico-legal tests for rape survivors. It rightly recommends that the misogynist and demeaning ‘two-finger test’ and other medical tests that focus on the past sexual history of the victim, be scrapped. The JVC holds that medical evidence can at best be supportive, and cannot be proof of a woman’s consent or otherwise. It also recommends a protocol for medical investigation and care for rape survivors, and for setting up properly equipped Rape Crisis Centres that can offer such services in a timely manner. 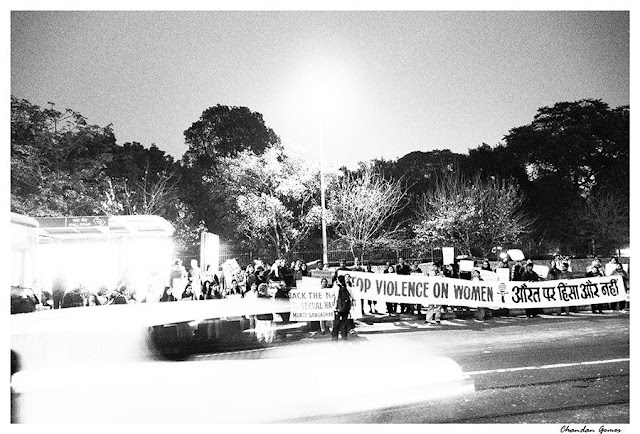 Recognising that sexual violence is part and parcel of the larger web of violence against women, and can be resisted only by strengthening women’s autonomy, the JVC Report has come down heavily on crimes committed in the custody of the family against self-choice marriages. From the same perspective of sexual autonomy, the JVC Report has also discussed and mapped out the Constitutional rights of sexual minorities (lesbian, gay, bisexual, transgender, and intersex people) to freedom from discrimination on grounds of sexual orientation, and also from sexual violence.


The JVC Report is path-breaking in its recommendation that in the case of members of the Armed Forces accused of sexual violence, no sanction for prosecution need be sought, and such accused be tried in a civil court of law. The JVC also recommends amending the AFSPA to this effect. Justice Verma, in an interview, has correctly justified this recommendation by pointing out that no one can be allowed to claim that sexual violence was done in the course of discharging one’s duty! The JVC also recommends review of the AFSPA, in the light of the fact that it has helped create an environment where sexual violence by armed forces has become common in conflict areas. It also recommends setting up of Special Commissioners to monitor the situation of women’s safety from sexual violence in all conflict areas.

The JVC also recommends the principle of command responsibility: i.e that police and army officers be held responsible for custodial sexual violence that take place under their command, and punished with rigorous imprisonment between 7-10 years. 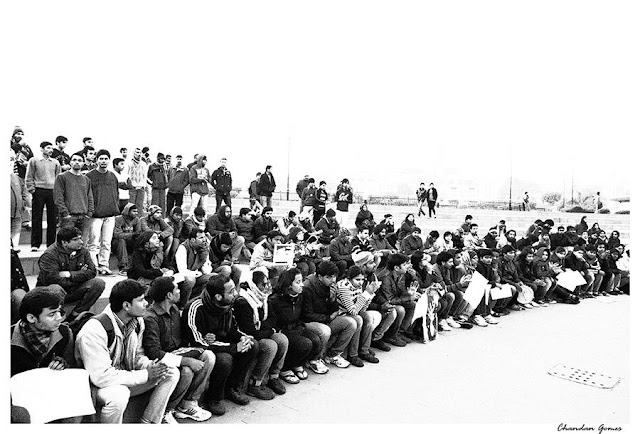 The JVC Report recognises that rape is an expression of power rather than a ‘crime of passion’. And it specifically recognises that sexual assaults on women and children by the State or by private persons in situation of communal or caste violence “deserve to be treated as aggravated sexual offence in law.” It also discusses the question of targeted sexual violence against SC/ST women at length. However, in its specific legislative recommendations, it has omitted to include these categories of sexual violence in the category of aggravated sexual assault. This omission, which goes against the spirit of the JVC Report, must be corrected in the actual process of drafting legislation.

The JVC report discusses at length the patriarchal attitudes and hostility to women’s rights that continues to permeate the court procedures, and makes several recommendations on recording of evidence, cross-examination, and sentencing, that can make the judicial process gender-just. The JVC also recommends a substantial increase in the number of judges and courts, to ensure speedy justice.

The ‘Bill of Rights’ for women charted out by the JVC – and the body of measures recommended by it to make those rights a reality - is a veritable manifesto for the ongoing movement against sexual violence. 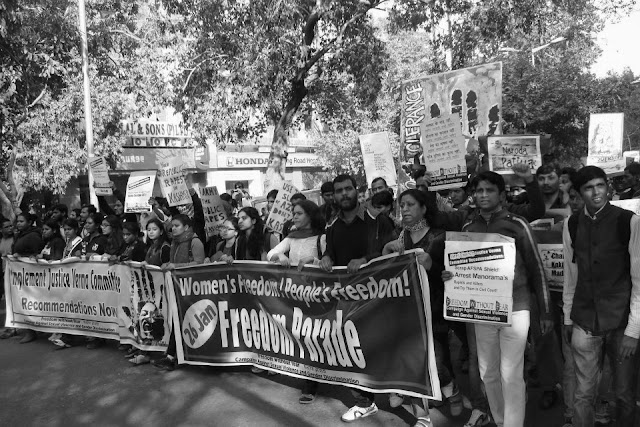 The palpable discomfort of the Central Government as well as of Opposition parties like the BJP with the JVC Report is telling. The UPA Government, for which the JVC was a mere protest management exercise, is now avoiding the eye of the Report submitted by the JVC. The JVC Report has been removed from the Home Ministry’s website! And even the BJP and most other ruling class Opposition parties, have maintained silence on the JVC Report. This is not surprising: the Report hits at the foundations of patriarchy, and the parties which are the pillars of that patriarchy, are understandably discomfited.

It is the ongoing movement which we have to thank for the JVC Report. This movement, which began with empathy for the young fighter whose life was brutally snuffed out, widened the lens and took on the entire patriarchal establishment – challenging misogyny and gender bias and demanding an end to impunity of all perpetrators of sexual violence. Instead of rendering the victims of sexual violence in the contexts of caste and communal violence and state repression invisible, the movement sparked by the Delhi gang-rape has focussed the light on those dark areas in the life of our democracy. In keeping with this spirit, the young protestors observed ‘Republic Day’ in its true spirit: by asserting the liberty and equality of women and all people as citizens, and by declaring the people as the true custodians of the Republic.

The movement has sounded its call – the UPA Government must implement the Justice Verma report – or quit! If the Government and the ruling class political establishment hope to consign the JVC Report to cold storage like countless reports before it, it will have a hard time doing so in the face of a determined people’s movement.
AIPWA Delhi Gangrape Justice Verma Committee Kavita Krishnan ML Update Rape Sexual Harassment Sexual Violence Soni Sori State Repression Sucheta De Women's Groups