Rapists Of Minor In Chandauli Arrested After People’s Protest 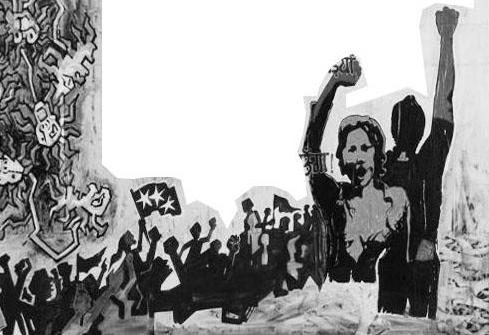 On 16 January 2013 in Dhanapur Thana area of Siyahwal village in Chandauli district the 14-year old minor daughter of Com. Rampyare Saini was raped in broad daylight by goons of the same village. The culprits were under the full protection of the police as well as the administration. In this situation, a people’s movement was launched under the joint banner of CPI-ML, RYA and AIPWA and finally the culprits were arrested. The entire incident highlighted the role of the police, administration and doctors, their insensitivity towards the minor victim, their faithlessness towards their own profession and their efforts to protect the culprits.

The SO of Dhanapur dilly-dallied in the matter of registering an FIR in this rape case. On 18 January the victim told the fact-finding team from AIPWA (including District secretary Anita Kumari and State joint secretary Kusum Verma) that the doctor examining her called her “characterless” and said that she had not been raped.

CPI-ML, RYA and AIPWA mobilized the poor people of Dhanapur village and organized a series of protests against this particular rape as well as against the rising incidents of crime against women in UP and governmental protection to the culprits, thus unmasking the ‘pro-women’ image of the ‘young CM’ of the State.

The protests commenced on 17 January with demands for arrests of the rapists, at Chandauli district HQ, Tehsil HQ, Chakiya and Navgarh. This was followed by a meeting and gherao of Dhanapur Thana on 18 January. The meeting was addressed by Kisan Sabha State general secretary Com. Ishwari Prasad, Com Shashikant Kushwaha and Anil Paswan of CPI-ML, Shravan Maurya of RYA, Anita Kumari and Kusum Verma of AIPWA. Under pressure from the people’s movement, the police were forced to arrest one of the two culprits. On 19 January the representatives of CPI-ML, RYA and AIPWA along with the mother of the victim sat on an indefinite hunger strike at the Chandauli Kutchari HQ demanding the arrest of the absconding culprit and action against the Dhanapur SO as well as the doctor who mentally tortured the victim under pretext of a medical examination. On 21 January the State AIPWA leadership addressed a Press conference at the Kutchari and on 22 January a serial hunger strike and meeting was organized at the same venue. The meeting was addressed by State secretary Com Sudhakar Yadav, Editor of Samkaleen Janmat Sunil Yadav and others. The movement received widespread support from the people of Chandauli. AIPWA district secretary along with 11 representatives from CPI-ML and RYA again sat on a hunger strike.

Finally the administration had to bow down to the growing pressure of the protest and accept all the demands of the movement. The absconding culprit was arrested on 24 January and the DM passed orders for action against the doctor and the SO. This movement has energized the people of Chandauli to fight against the injustices of the powers that be and has inspired the emergence of a new people’s movement.
AIPWA AISA CPIML Kavita Krishnan Kusum Verma Protests Rape