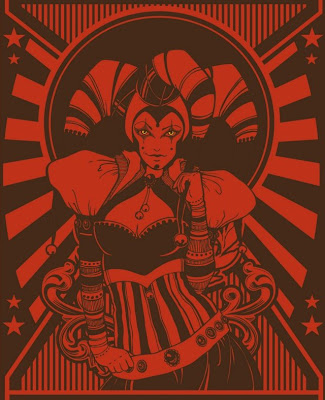 "It's waste of time to save a harlot's honour"
That line from the new movie sets me thinking
About harlots, rape and honour.

You might think it's all too clear
That rape's all about humiliation and fear
The rapist's sole cause
is to prove he's boss;
If you as a woman dared to feel free,
the rape's meant to punish you
for your temerity.

But as common sense and the law define it
Rape is the loot of honour,
the outraging of modesty -
But you have to prove you had it
In the first place
For it to have been taken from you;

If you're a harlot,
The very idea of your honour is a joke
You must have done something to provoke;
And as for modesty the less you said the better
With character so loose
What honour or modesty could you claim to lose?
Why the hon'ble judges even say that a 'kept'
can't complain of domestic violence
how then could she be raped?

A raped harlot is an oxymoron
But so is a a wife raped by her lawful husband
Her honour, after all,
Cannot be taken away by he
Who, by wedding ties, is its guarantee.

If you complain of rape
You've to clear yourself first
of the charge of being a harlot :
Did you dress like one?
Were you out at night alone?
Is your vagina wide enough
To admit a doctor's two fingers?
If yes to teh above,
Then it's enough to prove
You're guilty of harlotry.

It isn't enough even if you're the epitome
Of chastity
You see
Rape itself invites the accusation of easy virtue
To prove he was a man of honour true
Rama banished Sita
Trials of fire twice over weren't enough
to prove she didn't consent
when in Ravana's custody.

That scourge of terrorists, brave cop
Who slapped a woman's behind
Took it on himself to remind
That it's women who by their provocative dress
Are guilty for this mess
Of daily rape in the country's capital.

The farmer's leader
Roared out his support for honour killings -
'Women who choose their own partners are harlot'!

When can we hope to divorce
Modesty and honour from rapes and murders -
Define them instead as acts of force,
Crimes by men who fear free women?
AIPWA Delhi Gangrape Kavita Krishnan Nirbhaya Poetry Rape Saathi Two Fingers Test Women's Voice