Why inclusion of marital rape in the ordinance is necessary 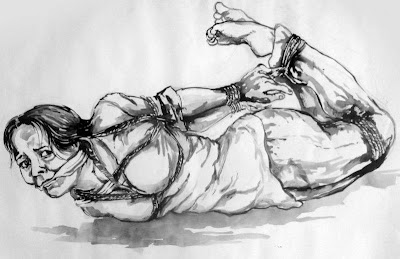 The ordinance, in its present form, justifies and legalises marital rape. Even if a wife separates legally from her husband, the husband will get a lenient (two year) punishment if he rapes her! Justice Verma's report had said that any sexual contact that is against a woman's consent is sexual violence regardless of the relationship of the accused to the woman - even if he is a boyfriend or husband. A wife is not the property of her husband, she still has the right to say 'no' to sexual contact with him. In case the accused is in a relationship (or had a past relationship) with the complainant, it cannot be assumed/presumed that the latter has 'consented' to sexual contact.

If marital rape is recognised legally, will it result in false cases? Well, we can look at the experience of domestic violence. We have all seen how, even when wives face severe battering, sometimes of a life-threatening kind, they are reluctant (for social and economic reasons) to actually file a criminal complaint against husbands, even when police arrive at the door. How, then, can we assume that wives are suddenly going to go berserk and file false cases randomly? Moreover, there are false cases in all sorts of laws theft, cheating, terrorism, even murder. Yet how come we don't talk about getting rid of these laws? There are innumerable cases of police themselves filing false complaints of terrorism against innocent people, yet in our society, we talk as though it is only women who are prone to filing 'false complaints'. Whereas the overwhelming evidence is that the vast majority of women are in fact dependent on their husbands and helpless even in marriages where they face tremendous violence, many even being burnt alive.

To those talking about 'misuse' of the laws for women, we wonder why they are not talking about the new ordinance which has huge provisions for misuse against women and young boys? The ordinance makes the perpetrator of rape 'gender-neural': i.e both men and women can be accused of rape. This will mean that if a woman files a rape complaint against a man, he will be able to file a counter-complaint of rape against her.

Strangely, the ordinance does not allow wives to accuse husbands of sexual assault but because of the 'gender-neutral' provision, and because the ordinance does not rule out complaints of sexual assault against wives, husbands can file cases of sexual assault against their wives! The ordinance brands all consensual sexual contact between young people of the ages between 16 and 18 as 'sexual violence': therefore young boys (and girls too) whose only crime is that they were friends with young people of the other sex, will face false charges of 'sexual violence' by parents, khap panchayats and moral policing brigades.

If Justice Verma's recommendations were implemented, it would make marriages more democratic, based on love and equality rather than on the husband's power over the wife.