Women’s Safety and Welfare Need Adequate Budgetary Allocations,
Not Hollow and Cynical Gestures
The Govt Takes Nirbhaya’s Name, Why Hasn’t It Provided Budgetary Backing for the Rehabilitation and Medical Care of All Rape and Acid Attack Survivors? 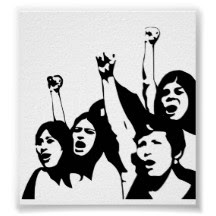 The Finance Minister’s Budget speech made several references to women. But since these have not been backed by sufficient allocations in the required areas, these references appear to be mere token and hollow gestures.

The ‘Nirbhaya fund’ is the most glaring instance of this. In the case of Nirbhaya (the Delhi gang-rape braveheart), the Government had responded to the public outcry by taking over all the medical costs of Nirbhaya. The Congress party leaders had even offered a flat to her family members. The Budget was the Government’s chance to show that these were not mere ‘charity’ gestures in one single case. In fact, the Government ought to show that it owns responsibility for the safety of all women, by providing every single survivor of rape or acid attacks with state-funded rehabilitation and medical care. The 1000 crore Nirbhaya fund, a mere corpus fund rather than a Budgetary allocation, is as of now far from adequate for covering the rehabilitation and medical costs of survivors of gender violence. In Haryana, dalit rape survivors have been forced to relocate away from their village, and the Government has ignored their demands for rehabilitation costs. Acid attack survivors and grievously injured rape survivors (as in Nirbhaya’s case) often have to travel for specialized medical care such as burns units, plastic surgery, and certain operations. Such travel costs ought to be covered by the Government also. For the Government to cynically use Nirbhaya’s name for a fund that fails to offer a guarantee of support for all survivors of gender violence, is shameful. The Rs 200 crore that has been allocated to the WCD Ministry is again, inadequate as well as vague as to its purpose.

Legislations against violence faced by women (such as the Domestic Violence Act and laws against sexual violence) need to be backed by budgetary allocations. The Budget should also have announced specific allocations for safe houses and shelters for women who face domestic violence, incest, and for homeless women. There are any number of instances where girls and women facing incest are forced to continue to stay in the same house as their molester, for want of a safe shelter. Homeless women remain ever-vulnerable to violence on the streets. And the few existing shelters are so harsh in their conditions that women commonly refer to many of them as ‘women’s jails.’

One can compare these amounts (1000 crore, 200 crore) with the Budget’s statement of revenues foregone. The Budget promises to forego revenues to the tune of 68007.6 crore on corporate taxpayers (defined by the Government as prioritised tax payers) for the year 2012-13; in 2011-12 this amount was 61765.3 crore. If the Government can write off taxes to the tune of between 60-70000 crore every year for super-rich corporations as ‘incentives’, why is it that women’s safety is not seen as a similar priority by the Government?

The Finance Minister’s announcement of a public sector women’s bank is rather mystifying. Why can’t existing public sector banks offer affordable institutional loans to women? By creating a women’s bank (whose purpose is as yet unclear), are existing banks being absolved of their responsibilities to women? Like the SHGs (which leave women debtors at the mercy of the micro-finance institutions), the women-only banks might end up being projected as the highly inadequate and misplaced ‘substitute’ for institutional bank-support for women.

The Government should, in addition, have announced allocations to ensure more judges and courts (to ensure speedier trials); forensic investigations facilities all over the country, and primary health care centres in every village, specially equipped to deal with diagnostics and care for women.