Women students against sexual harassment and victim blaming in BHU. 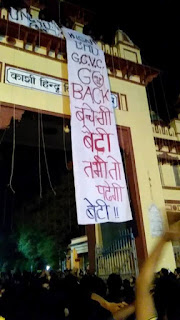 A massive upsurge of women students against sexual harassment and victim blaming going on right now in BHU.After a horrible incident of molestation yesterday, when students demanded action, the warden of girls' hostel blamed the women instead for going out of hostel at 6 pm. 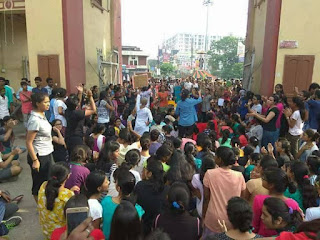 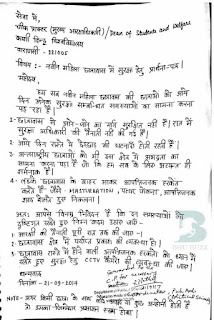 The molestation happened just 10 mtrs away from the post of the proctor's office. The proctor's board which is super efficient in policing over women students is least interested in punishing the perpetrator. 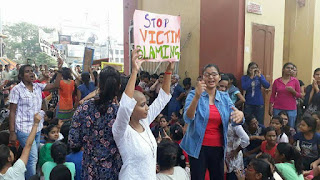 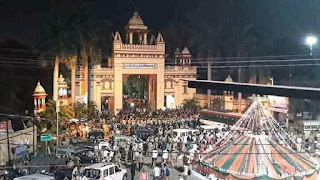 Dress code, restrictions in mobility, restrictions over use of mobile phone, prohibition over participation in protests- all these are effectively implemented over women in BHU. And these codes for women come with justification of molestation and harassment. This is how a RSS run University looks like. 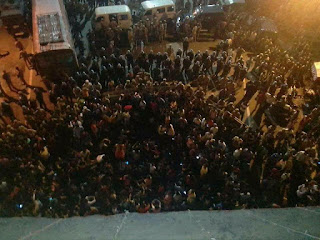 Women students of BHU are out there to challenge the norm. They are demanding end to moral policing and punishment of the assaulters.
The PM is scheduled to visit Varanasi today. The University administration and the police are desperate to clear out the protest so that when the king visits, women are not seen creating disturbance.
Speak up against impunity to sexual harasser. Speak up with the BHU girls against sexism and moral policing.
~ Sucheta De